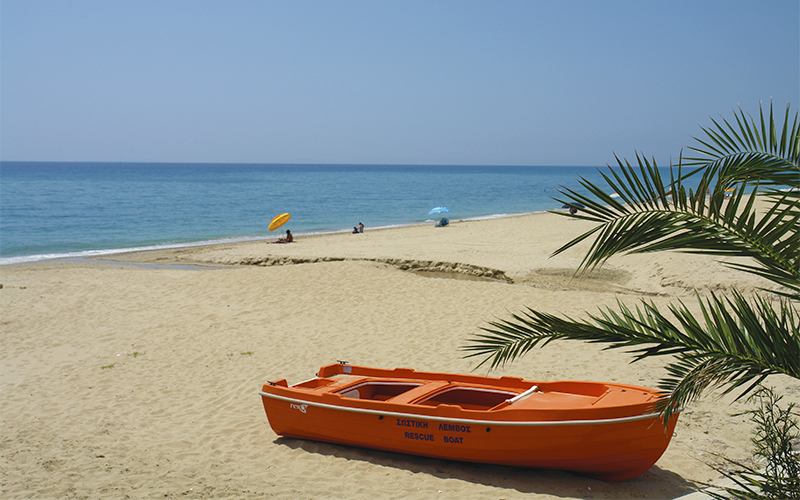 The town of Preveza is built at the narrow entrance of the Amvrakikos Gulf opposite the historic Aktio. It is also called the "island" of Epirus, as it finds shelter between the Ionian Sea and the serene Ambracian Gulf.

Its name denotes the strategic point it is built on (Preveza means "pass", "crossing").

It’s warm and hospitable people make you feel like an old friend. Its centuries-old history is reflected in the narrow streets of the old city - including the famous Seitan Pazar - of 19th-century houses and mansions with their unique architecture. The name of the poet Kostas Karyotakis is closely associated with the city. 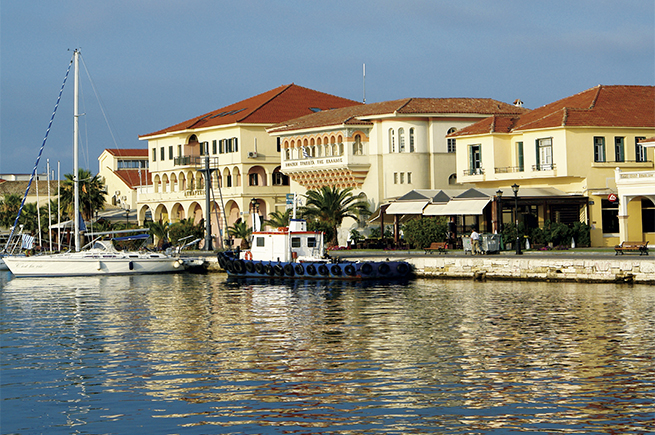 Notable monuments are the Venetian fortress of Saint Andrew (18th century), in the center of the city, the castles of St. George, the Pantokrator, who controls the entrance to the Amvrakikos Gulf and the bastion of Vrysoula, which was built in 1807 by Ali Pasha of Ioannina.

The religious faith of the inhabitants attests to the temples of the city, such as St. Nicholas, St. Athanasios, the Virgin Mary, St. Spyridon at Vrysoula, as well as the metropolitan church of St. Charalambos, which was rebuilt in 1793 with icons and a polished carved gold plated altarpiece.

Adjacent to the church is the Venetian Clock Tower, built in 1752 with material from the ruins of ancient Nicopolis. The harbor, which once was filled with boats plowing the Mediterranean Sea, today is full of yachts and fishing boats which go out for fishing daily.

- Preveza is also famous for its fine sardines.

Travel over time through the great monuments

7 km north of Preveza lies the archaeological site of Nicopolis with its imposing Roman and Byzantine walls. This ancient city was built in 31 BC by the Roman emperor Octavian August in memory of his victory (hence the name "city of victory") in the famous naval battle of Actios. 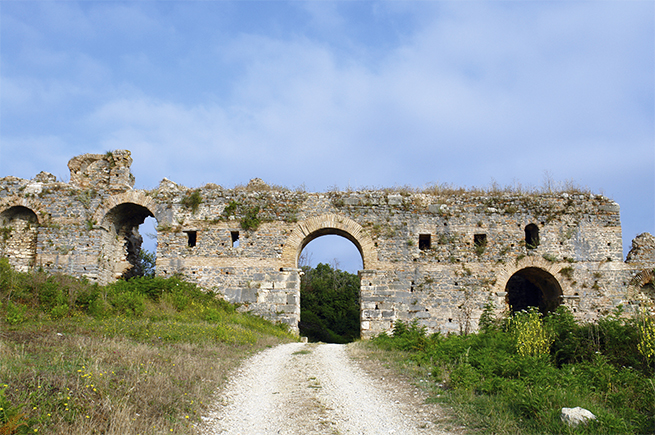 In the "green suburb" are the facilities for performing the races of aktios: the theater, the stadium, the high school and the monument of Augustus on the sacred hill.

The route is embraced by the imposing Early Christian walls, enclosing the necropolises, the aqueducts, the gigantic drinking water project in ancient Nikopolis, while in the center of the city the roads lead to the "king`s house", Basilica I – Doumediou with the beautiful  mosaic, the conservatory where summer events are held, and the villa of "Manios Antoninos". 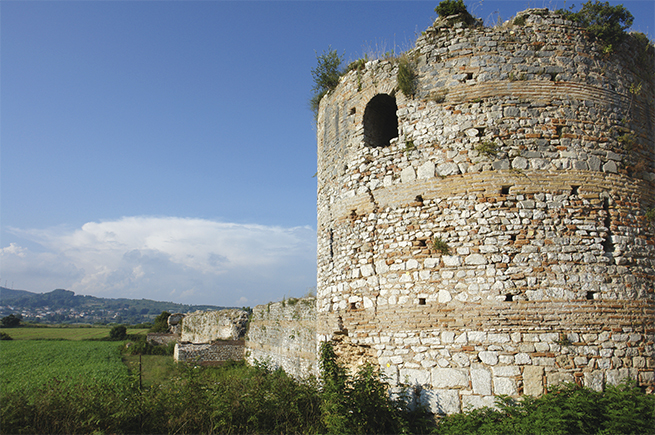 A visit to the new Nicopolis Museum will complete the knowledge about the famous ancient city. The archaeological site of Kassopi lies on a natural plateau, on the slopes of the verdant Mount Zalongos, 27 km. from Preveza.

Kassopi was founded in the first half of the 4th century BC and is characterized by its developed urban planning and sewerage system. "It is a small seashore, surrounded by Persefoni`s bushy forests, full of slim and tall poplars and willow trees" This is how Homer describes the gates to the Underworld.

It is essentially the Acheron River, inextricably linked to the transition of the body into the afterlife community. So, as we read in the Odyssey, here came those who wanted to learn the future and after going through various stages of hard preparation-purification, could come into contact with the souls of the Underworld and learn whatever they wanted.

Above the hill, in the village of Mesopotamos, 48 ​​km NW of Preveza, lies the most important ancient Necromanteion, built in the 4th century BC century, Acheron. The view of the plain, where once upon a time the lake of Acherusia lay, is staggering.

Apart from the legend, Stena (straits) and Acheron`s Delta, are an important protected wetland (NatuRa 2000). The staircase of Tzavellena, a historical site in the straits of Acheron, stands out for its exceptional natural beauty, which is why a hiking trail has been created which leads to the gates of Hades through the banks of Acheron.

At the same time the river is an ideal place for water activities, such as kayaking. After climbing 410 steps north of Preveza, at the top of the homonymous mountain, you will find yourself at the historic monument of Zalongo, at the place of sacrifice of the heroic women from Souli, who fell from the rock holding their children in their arms, preferring the martyrdom instead of being slaves of the Turks.

And a spa in Preveza

The thermal springs of the Municipality of Preveza are located in the southwestern part of the city.

The fountains, also called Paliosaraga, meaning "Old Palaces", have been a part of the history of the area and have been known since the 17th century, when Ali Pasha built his summer palace here and used the fountain water for his hammam. The systematic organization of the springs begun in 1920. 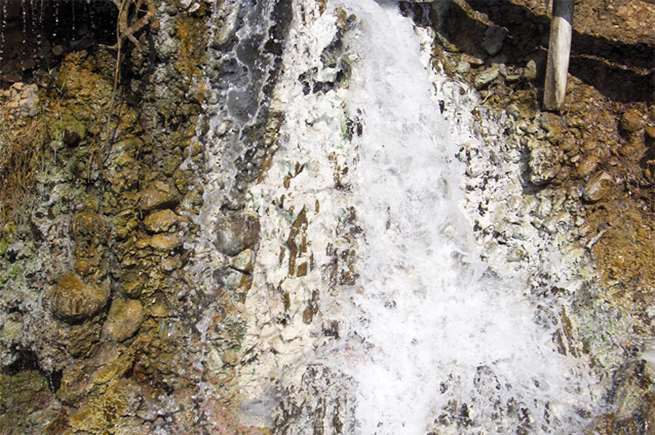 The bath facilities were renovated in 2013 and include 22 baths with a water temperature of 32 ° C. The baths are housed in the old Ali Pasha house and are known for their healing quality in cases of rheumatism, arthropathy, post-traumatic illness, rickets, dermatitis.

Meet the dolphins of the Amvrakikos and more...

The Amvrakikos Gulf, formed by the delta of the Louros and Arachthos rivers, is one of Europe's most interesting wetlands protected by the RAMSAR International Treaty. Seafood farms herons have been developed here and dolphins, sea turtles, silver pelicans reside in the area. 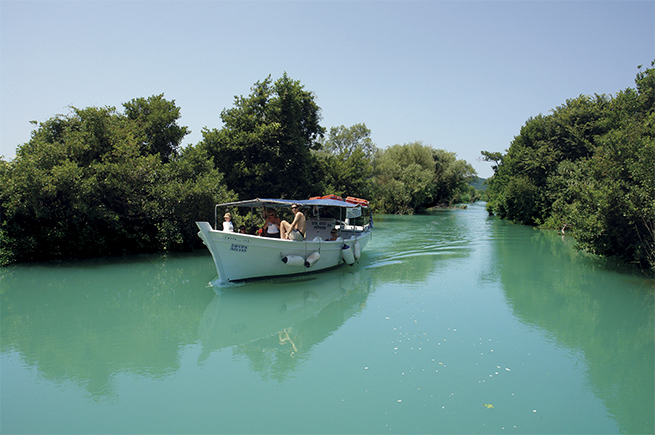 Embark on the boat cruising around the bay for an unforgettable day trip and get to know firsthand the ecological paradise.

It offers great opportunities for mild forms of tourism (ecological, natural, scientific, educational), as well as the traditional fishing by the Daliani method, brought by refugees from Asia Minor.

-An expensive and delicious appetizer comes out from the belly of the fish Kefalos - the roe. 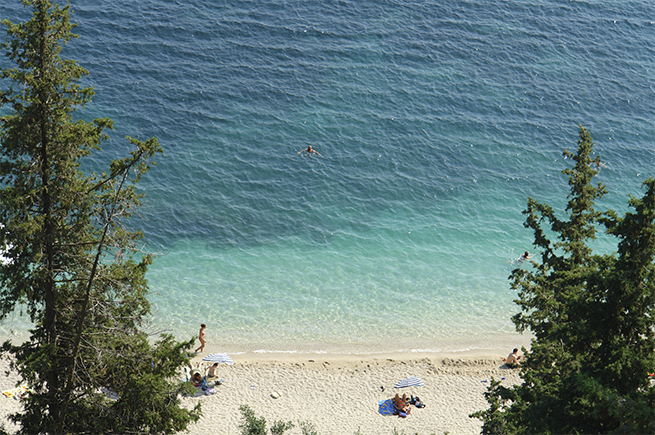 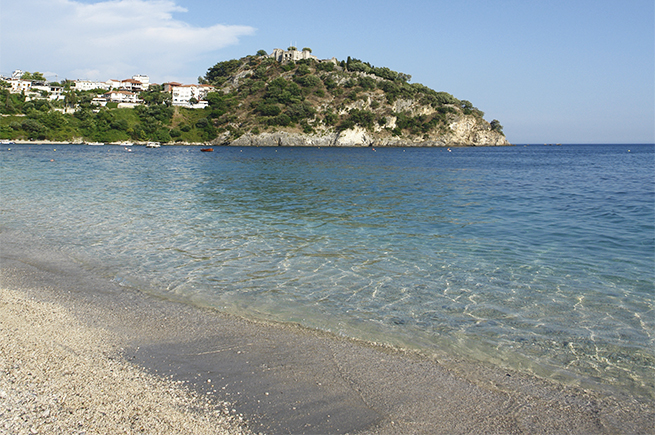