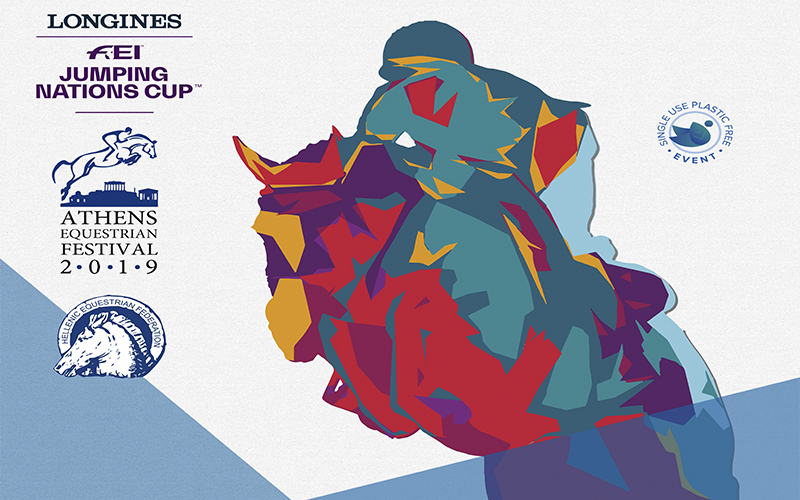 From Thursday 25th to Sunday 28th July at the Olympic Equestrian Center in Markopoulo!

From Thursday 25th to Sunday 28th July at the Olympic Equestrian Center in Markopoulo!

It is the biggest CSIO5 * -W five-star jumping event that has been organised by our country in recent years and includes the most important Nation Cup Final in 2019 for Europe Division 2, the LONGINES FEI Jumping Nations Cup Division 2 Final.

The horses that traveled from Central Europe by airplane have arrived in Greece!

At this year's Athens Equestrian Festival, a total of 13 countries with 90 athletes and 150 horses will take part, while in the Longines FEI Jumping Nations Cup final on Sunday, July 28, 8 teams will participate. Portugal, Poland, Spain, Hungary, Norway, Romania, Bulgaria and, of course, Greece.

The Olympic Equestrian Center in Markopoulo is expected to live again, after 15 years, Olympic moments. In the CSIO5*-W top names of world riding and Olympic champions are expected to take part such as: Luciana Diniz, Rodrigo Giesteira Almeida and Luis Sabiino Goncalves from Portugal, Geir Gulliksen from Norway, Taizo Sugitani from Japan, Roberto Puignero from Spain, Nadrej Oplatek from Poland and others.

From the Greek side in CSIO5 * -W Alexandros Fourlis with Grandeur, Nikolina Makarona with Arc de Triomphe, Selini Pop with Brandy Sugar, Angelos Toulopis with Idealisca and Francis, Panagiotis Tsaktiris with La Belle and Grigoris Voglis with Quelly Briquedale will participate.

Everyone who visits the Olympic Equestrian Center this four-day event will have the opportunity not only to get to know the wonderful and spectacular sport of jumping, foreign and Greek riders and their horses, but also to have fun with the many parallel events.

There will be a special children's farm with rare animals, there will be ponies for the chidldren to ride, ponies gentle carousel, "Recycling Amusement Park" for the little friends of the sport.

The admission at the Olympic Equestrian Center is free, while the new website of the event, with all the necessary information for the event, entries, results is www.athenscsi.gr. 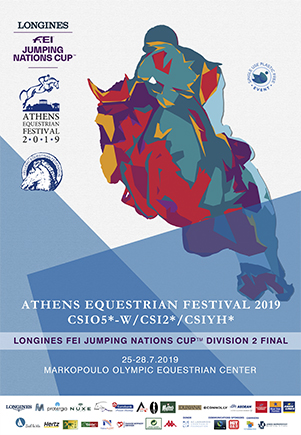