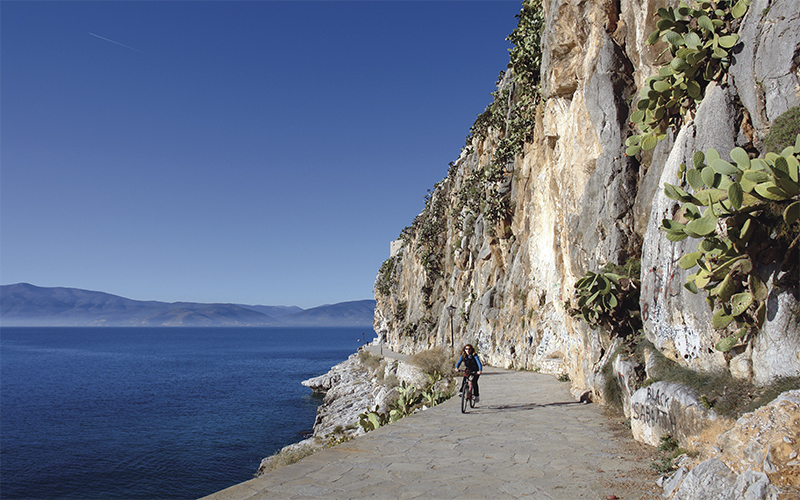 Nafplio is a sensual, picturesque and romantic city, with imposing Venetian castles, magnificent squares, neoclassical mansions, Turkish mosques and one of the most beautiful pedestrian coastal streets in Greece. Nafplio is without a doubt, one of the most favorite destinations.

Built in the shadow of Palamidi fortress, overlooking the crystal blue waters of the Argolic Gulf, and the picturesque Bourtzi to uniquely adorn the entrance of its harbor, Nafplio can fairly take pride in its natural and architectural beauty.
As mythology tells us, its founder is Nafplios, son of Poseidon and of the "pink fingers" Amymonis. In the course of time, its story was marked by important events. It was the first capital of the newly established Greek state and was governed by John Kapodistrias (who was murdered in 1831 in the prefecture of Saint Spyridon). In 1833 Nafplio welcomed the first king of Greece, Othon from Bavaria. In this city the first parliament, the first military school, the first elementary school, the hospital and many others were established... 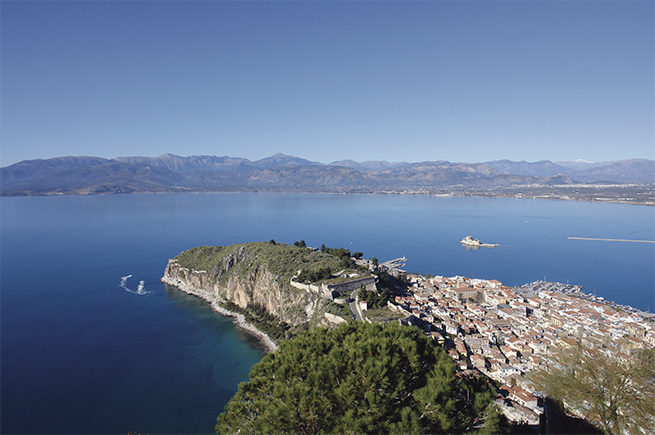 A stroll through the Old Town

We park the car at the parking lot in the harbor and on foot, on a bicycle or even on the picturesque train we will discover the hidden charm of this place.
The heart of Nafplio is the Old Town. Its central point is the Syntagma Square, with the Venetian Military Building, which hosts the Archaeological Museum. To the east of the city the mosque is located, which housed the first elementary school of the Modern Greek state, while on the southern side is the building of the old Parliament. In its northern part, which is mainly characterized by buildings of the neoclassical period, are the first gymnasium in Greece, the Municipal Gallery and the War Museum. The exceptional Museum of the Peloponnesian Folkloric Found which encloses unforgettable memories is of a particular interest. This place deserves a big "thumbs up" from us for the great work and presentation. The most adorable thing in Nafplio, are its atmospheric cobbled streets, many of which lead you uphill (after climbing a few stairs, of course ...) and the neighborhoods where it is perfect to wander among the neoclassical mansions with the Venetian balconies adorned with blooming bougainvillea and jasmine.

Between its narrow alleyways there are shops with well-crafted rosaries, jewelry, ornate candles, strange table lamps, impressive silhouettes for shadow play and many more. Of particular interest is the Rosary Museum of Aris Evangelinos (at Staikopoulou Street), which is definitely worth visiting. In the streets of the Old Town there is also the church of Saint Spyridon, at the entrance of which the governor, Ioannis Kapodistrias was assassinated. In the early hours, it is worth to make a romantic stroll along the stone-made coastal path that starts from the end of the harbor and reaches to the beach of Arvanitia. You can do this also on a bicycle. For the fans of climbing, there are plenty of places to enjoy your favorite sport. 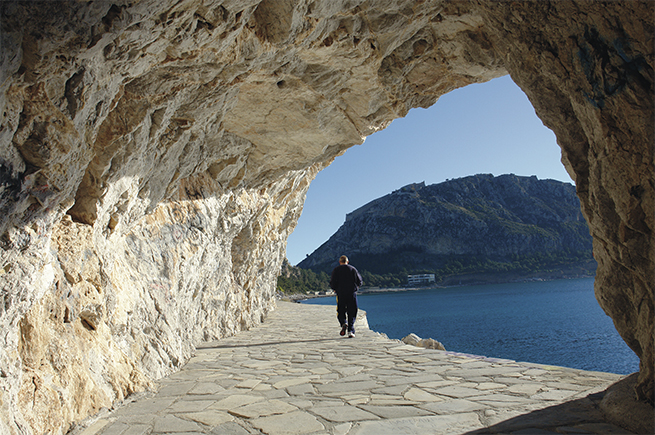 Walking on the stone road that leads to the beach of Arvanitia.

Feeling as a corsair in Palamidi fortress!

It is indeed an experience to climb the 857 (for others 999...) steps, carved into the rock, which lead through successive gates to the imposing Venetian castle with the picturesque chapel of Saint Andrew. Everything in this city seems to work under the imposing shadow of the Castle. Palamidi at times, was used as a prison for long term convicts. Theodoros Kolokotronis (warrior of 1821) was also imprisoned here. The view from this high point of the castle is fantastic. From here we can overlook the picturesque town of Nafplio and Bourtzi, the small fortress built in 1471on the islet of Saint Theodor. The distance between Bourtzi and the dock is only 450 m. Formerly it was united with Akronafplia with a chain, used to prevent unwanted ships to enter the port. 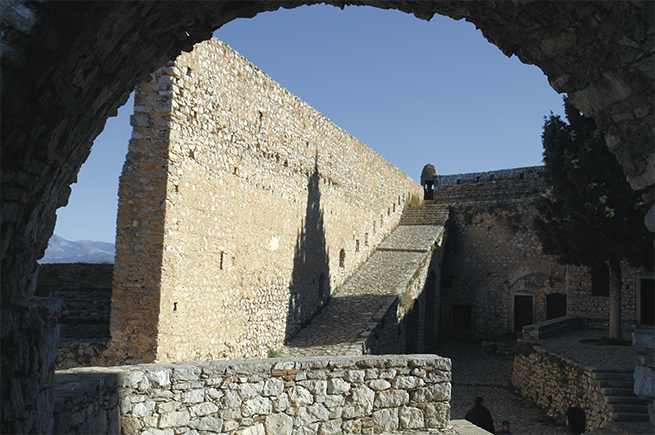 One can also visit Palamidi Castle by boat, starting from the beach of Nafplion. In the afternoon (which is the most favorable time…) we enjoy sitting at one of the seaside cafes, having a nice drink and gazing at the magnificent view of Bourtzi. Once the sun sets for good, we enjoy our dinner at one of the picturesque taverns located in the narrow alleys or at the coastal road. And of course who said that after that we would go to sleep...
The bars of the city, with good music and uplifting atmosphere are there to take over, entertaining us and making us having a good time! 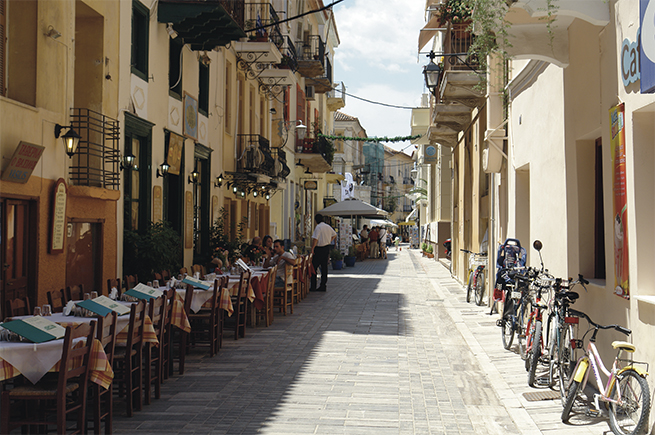 The taverns in the cobbled streets of the old town are prepared and are waiting for us...

It is worth visiting: 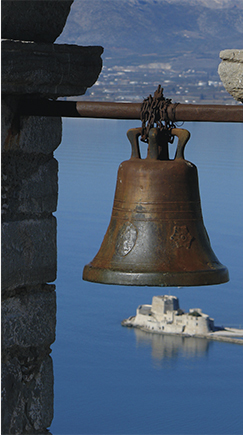