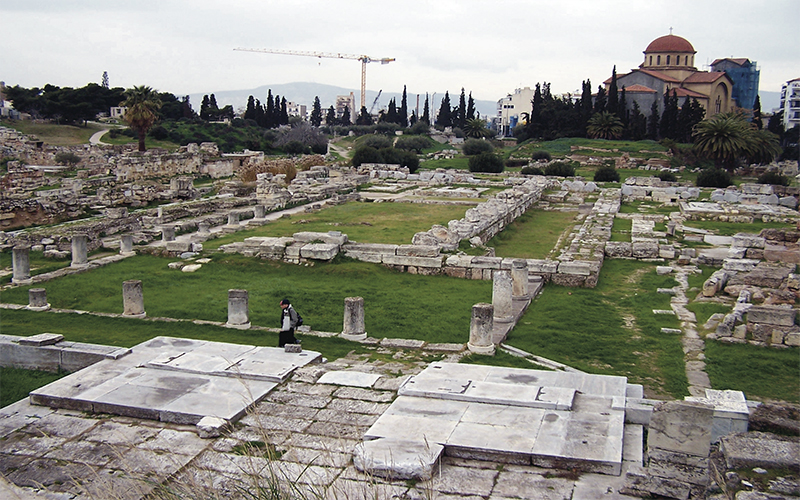 Athens is a city in which some of the world's finest archaeological finds are located. Let's go for a walk!

Initially I went by mistake to Kerameikos, more to avoid going through the noisy city rather than visiting the archaeological site. It was a winter day, but the sun was strong, and the capital was agitated by the uninterrupted movement of vehicles. I had several years to pass from here and as almost always, it was not very crowded. A Japanese couple and a class from a Greek elementary school responding loudly to their guide's questions completed the wintry picture of this incredible place.

On the pedestrian road behind the Thissio Station we are walking down towards Piraeus Street. Behind me the Acropolis and Plaka and opposite Mount Egaleo, from where Xerxes, the king of the Persians, was watching the destruction of his fleet in the naval battle of Salamis. Arriving at the Kerameikos area, you will buy your entrance ticket at the price of two euros, but you might not always get the small info booklet, because unfortunately it is often depleted! This splendid area is so "intense" and the atmosphere so peaceful and enchanting that within a few minutes you do not mind about anything anymore. 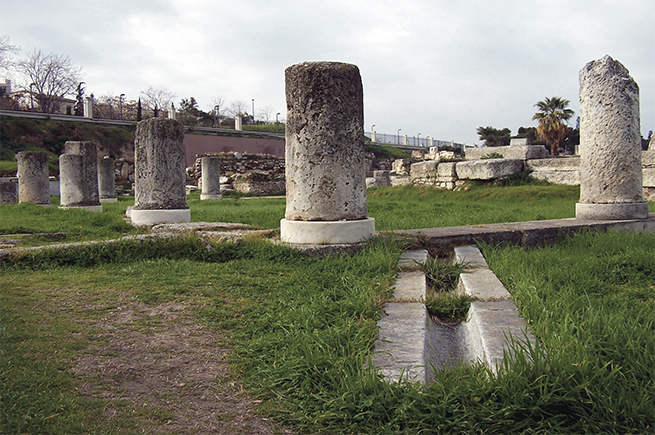 Kerameikos consists of two pieces. On the right, towards the East, you can see the ruins of the Themistoclean Wall, built by the Athenians on demand of Themistocles, in order to be able to cope with the Spartan threat after the Persian withdrawal. This 200-meter-long wall is the best preserved part of the fortification of ancient Athens, which circularly surrounded the city to protect it from everywhere. The total perimeter of the wall was 6,500 meters and it had 13 gates. In the archaeological site of Kerameikos are the two most important ones: Dipylon and the Sacred Gate. When the wall was built, Kerameikos, which existed as a neighborhood, was divided into two parts. In Outer Kerameikos, which is on the left side of the entrance and constitutes the main part of the most important cemetery of ancient Athens, and to the Inner Kerameikos, which is located at the inside of the walls and extends up to the Acropolis. At about the middle of the wall was Dipylon, the main gate from where you could enter ancient Athens. 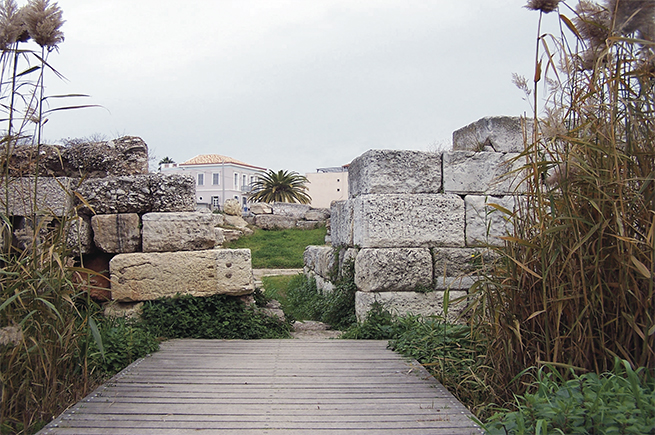 Flooded by merchants and traders in peacetime and by warriors in time of war, this great gate marked the city center. From there, the great street of Panathenaic began, crossing Athens and forming its central artery. Right and left were galleries and merchandise, a little further above Ancient Agora as well as public buildings, gyms, and baths. This road reached up to the entrance of the Acropolis. The Themistoclean Wall was destroyed in 86 BC when the Roman army invaded Athens from Kerameikos. The Athenians repaired the wall after 250 years, when the invasions of the barbarian tribes began. The last renovation of the fortification took place under the Byzantine Emperor Justinian. 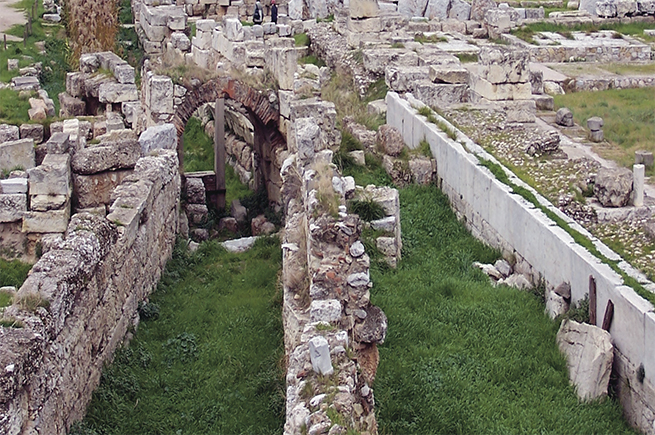 The Sacred Gate ended at Iera Odos (Sacred Street), the road that led the Athenians to Elefsina. From there the procession of the Eleusinian Mysteries began. In the middle of Kerameikos you can still see today the river Eridanos flowing quietly from Lycabettus towards the sea. The relationship between ancient Greeks and their dead was a love affair. With their deceased, the ancient Greeks talked and continued their relationship somehow, as they had before their death. They made sacrifices and offered wine, presented them to their infants and new members of the family, and so they had them virtually always "beside" them. That is why Kerameikos, the most important cemetery of the city, where the most prominent of the Athenians are buried, is located next to the city... 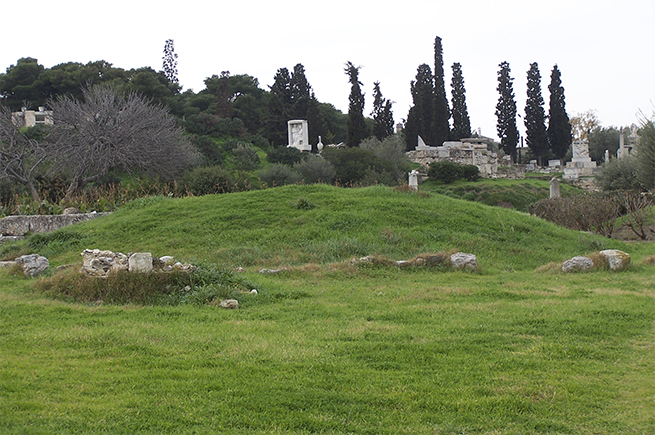 The "Road of the Tombs" (to the left of the entrance), with its reliefs and statues, gives us a clear picture of how important the ancient Athenians considered the post-mortem life. At the Kerameikos Museum (next to the entrance) are the most important findings of the excavations. There you will also see the latest findings that came to light with the work done to build the subway in the area.