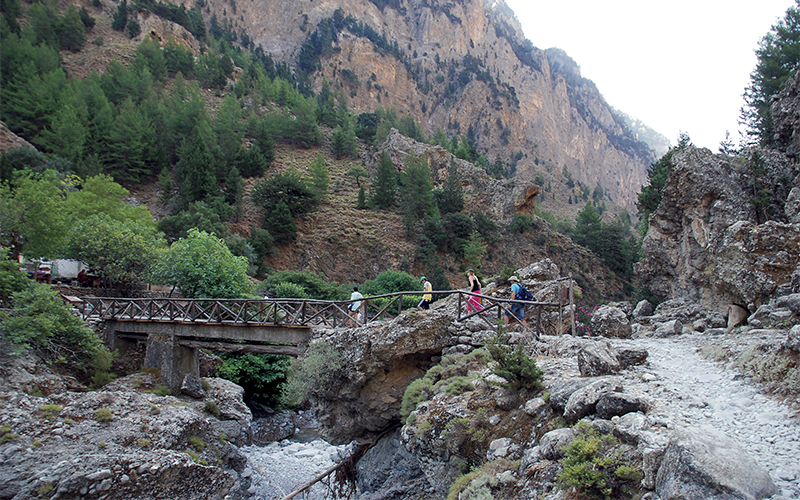 One of the most special experiences that you will ever live, in a unique landscape!

Common goal of thousands of visitors every year is the crossing of the gorge Samaria. The starting point is at the southern point of Omalos plateau. The entrance to the gorge is from the place Xyloskalo, which name was taken from the sinuous path that hikers follow in the beginning, until they descend to the gorge.

Crossing the gorge is allowed from May to October, depending on the weather, from 6.00 am until 4.00 pm, either from Xyloskalo or from Agia Roumeli. The trail is well-marked and everyone can pass it as long as he/she has good physical condition and suitable mountaineering shoes, as the most part of the ground is craggy: the route crossing the stone path along the river bed lasts 5 to 6 hours. 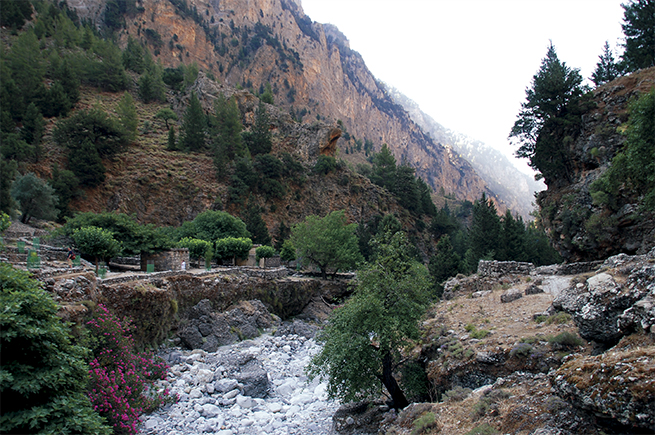 A desire was fulfilled

The gorge (faragi) of Samaria, or "Faragas" as the locals call it to emphasize its uniqueness, is said to be the most visited path of Greece. The first time I visited Chania, I stayed for less than 48 hours, so it was impossible to fit this experience- excursion into my program as I needed to dedicate a whole day, but I promised myself that I would soon return to fulfill this desire. So here I am, arranging the last details of crossing the gorge for the next day, with a multinational group, made up of Greeks, Americans, Turks, Serbs and Cypriots.

The weather was unstable and some said that it would be more prudent to cancel our trip. Surely, in such cases, you must take the meteorological forecasts very seriously and for no reason to endanger your life. Nevertheless, the weather did us the favour and we set out to live this unique experience. 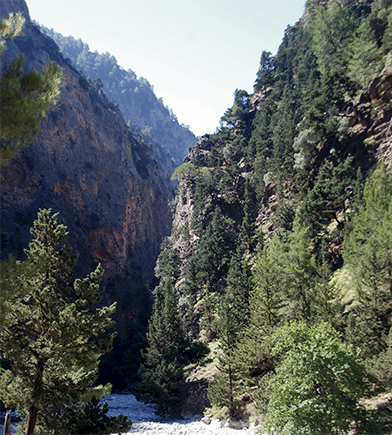 We scheduled our appointment at 6.00 at dawn. We walked about an hour and a half to reach the southern point of Omalos Plateau, through an imposing scenery that was bordered by the highest peaks of Lefka Ori (White Mountains). We started from Xyloskalo at an altitude of about 1,200m. Other tourists, aspiring hikers, had already arrived and had taken the first commemorative photos. We get our tickets (5 Euros per person) and slowly we start the steep descent to the canyon: for about an hour we descended a sloped and with many curves path with slippery stones and woods, surrounded by pine forests and towering cypress trees. Now and then we stop for a while to catch our breath and admire the nature around us. My attention is drawn to the warning signs for the danger of falling stones. I'm moving away quickly. 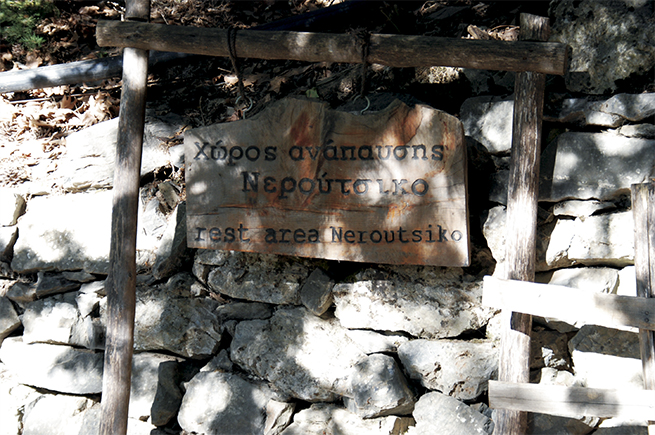 The stops here have their own grace!

We pass from the rest areas of "Neroutsiko" and "Riza Sykias" we drink water from the natural springs to be empowered, we also build our own tower with stones in a region full of similar formations - it resembles to a rite that faithfully follows all the hikers - and we stop for a while at the chapel of Agios Nikolaos among huge cypress trees, located in the homonymous area for a rest. Do not worry too much about the total time you need to cross the gorge: do as many stops as you like and enjoy the unique scenery and nature that surrounds you. You will not regret it! 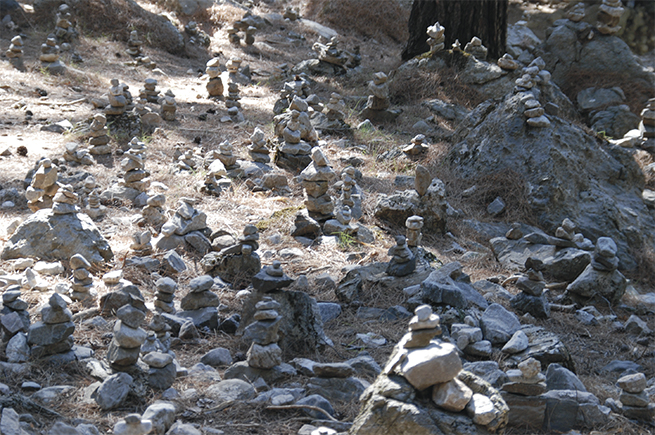 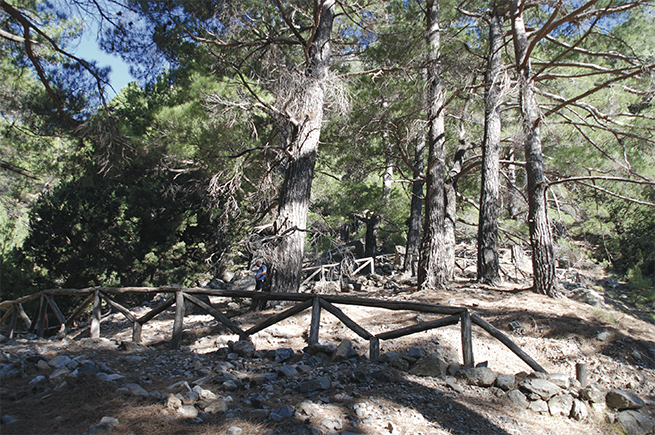 The settlement of Samaria, the godfather of the gorge and the friendly "Cretan wild life!"

We reach at about the mid of the gorge and we stop at the abandoned settlement of Samaria: its last few inhabitants were transferred elsewhere, when the area was declared National Park, in 1962. The Byzantine chapel of the 14th century is dedicated to Maria the Egyptian. After the corruption of the name, the settlement and the wider region was named (Saint Maria = Sama Maria = Samaria). 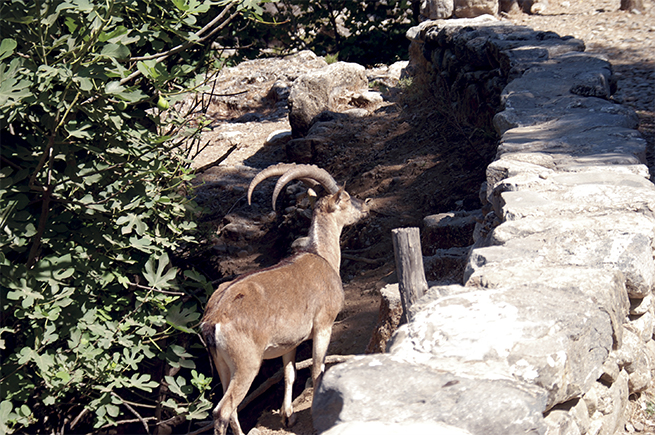 We refresh ourselves from the source of the village, we eat a snack that we brought with us to replenish our forces and we are witnessing an unusual, for us at least, phenomenon: the goats named “kri-kri” that we encounter in the village seem perfectly familiar with human presence and accept to eat from human hands... I had coined in my mind another picture about the "Cretan wild life"... 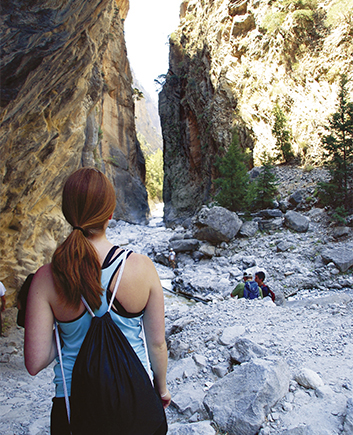 "Wipe out" in Samaria

After the settlement of Samaria, the landscape changes, with the ravine narrowing and the walls of the high rocks coming closer and closer. The narrowest point is at Sideroportes (Iron Gates), just 3 meters wide and in a vertical height of 300 to 700 meters. More and more often we pass over the canyon river from small, improvised, wooden bridges. I feel like I'm part of a reality show with challenging tests. After Sideroportes, the canyon spreads and we meet more and more hikers coming from the opposite direction... 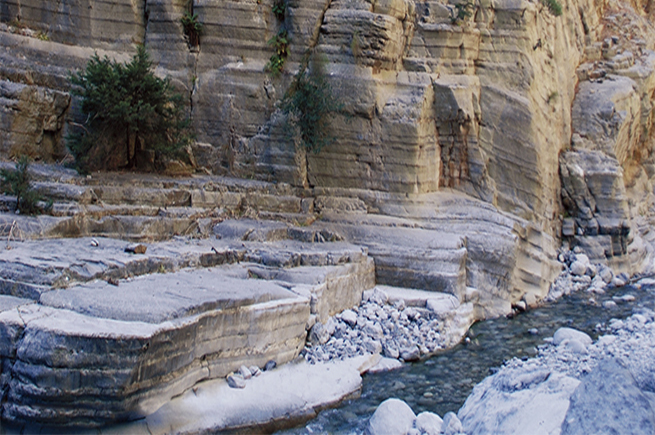 For the tired lads there is another path (=Greek saying)

Those who do not feel able to cross the entire canyon, can choose the alternative route known as the "lazy way", a much shorter route starting from Agia Roumeli and reaching up to Sideroportes the narrowest and most impressive point of the gorge. 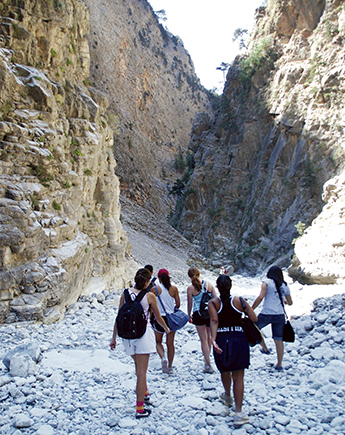 Dive into the icy waters of the Libyan Sea

With the satisfaction printed on our faces, we give our tickets to the exit of the national park and continue for a few kilometers to the new village of Agia Roumeli. The culmination of the journey is, of course, the dip in the icy waters of the Libyan Sea: another delight. 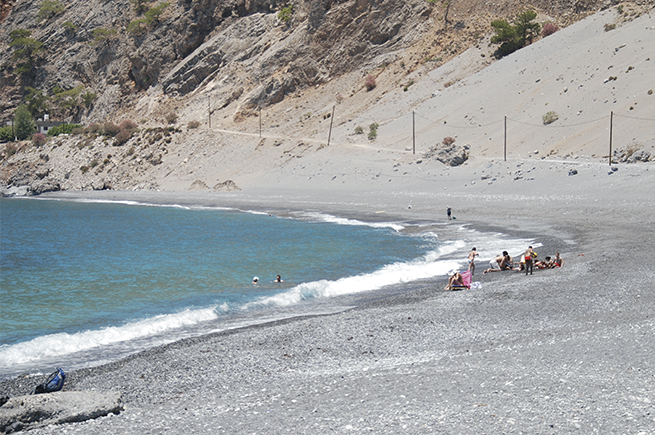 From Agia Roumeli you can only leave by sea. As we wait for the departure of the ship to Sfakia, we say goodbye to the picturesque village of Agia Roumeli with the imposing Lefka Ori  dominating the landscape and we take a deep breath: the crossing of Samaria`s gorge is a life experience and we have just finished it! 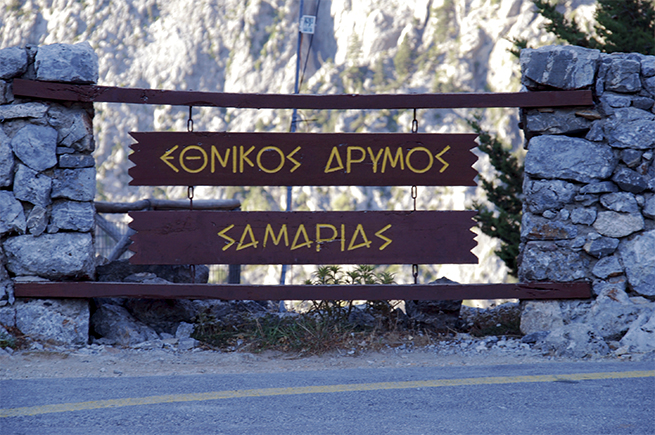 The National Park of Lefka Ori in Crete

Recognized by the state since 1962, the national park has since won many awards and international claims and has been characterized, among other things, as a place of special natural beauty (1973) and a wildlife sanctuary. The main attraction of the national park is the gorge of Samaria, which is the longest in Europe, 16 km long and the width in some places does not exceed 3 meters, while the vertical rocks rise up to 700 m, creating one of the most imposing scenery of nature. Most likely, its formation is due to intense geological changes and water erosion.

The national park of Samaria has an extremely rich flora and fauna: in the gorge you can meet unique species of plants and animals protected by international conventions. To date, many rare and endangered plant species have been recorded, among them 136 endemic species in Greece, 100 endemic of Crete, 30 endemic of the White Mountains and 20 endangered species. The main species of fauna is Cretan wild goat, well known as "kri-kri", endemic species of Crete, while in the gorge there are also 40 species of birds, of which very rare is the bearded vulture. 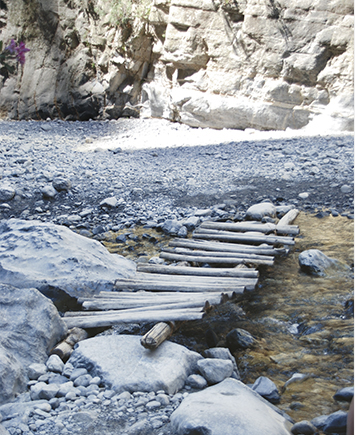