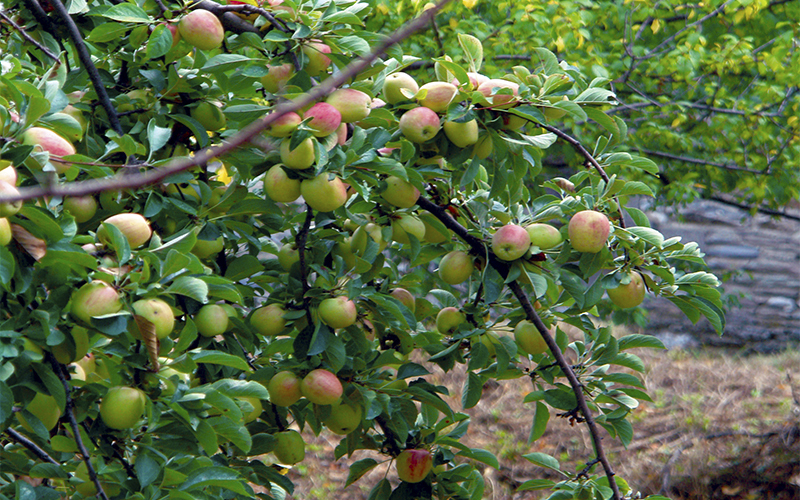 Glossy red, juicy green, fluffy yellow, crispy golden... However you like it, the apple is rich in nutrients and valuable ingredients. We enjoy it fresh, in sweets, in food, in juices, in salads, but also as a spoon sweet and jam!

Among those produced in Greece are the apples of Zagora, a product with Protected Designation of Origin (PDO)!

Forbidden fruit for the first man, object of a dispute between the Olympian gods, scientific tool in the hands of William Tell and Newton, ally of the doctors who constantly remind us that "an apple a day, keeps the doctor away..." . As experts say, the apple supplies our body with vitamins A, B, Carotene, B1, B2, B6, C, biotin, folic acid and mineral components such as calcium, potash, magnesium and phosphor. 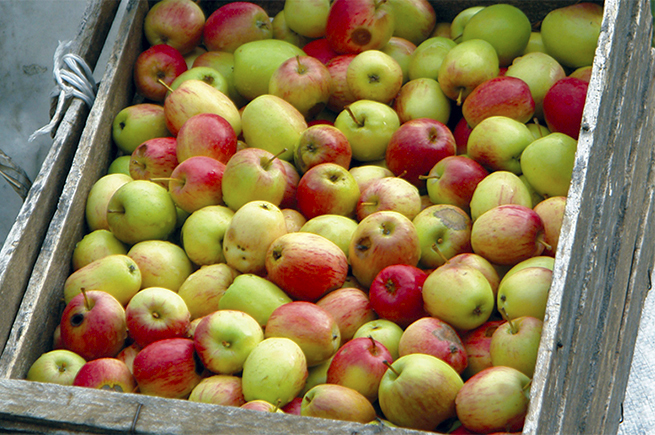 Peeling the apple, most of the vitamin A is lost along with its peel. However, if we want to eat it with its peel, we should first wash it thoroughly with plenty of running water.

How we choose the best

When choosing apples, we prefer them tight and hard, with vivid color and with no impacts. The apples of Zagora Pelion are considered the best. We avoid buying large quantities so we can consume them fresh.

How they are preserved best

In order to keep our apples fresh, we do not leave them for a long time outside the refrigerator, because they are withering and their peel wrinkles. Heat quickly destroys apples. Keep them fresh and crisp for longer storing them in plastic bags and in the fruit bin of your refrigerator, far from the rest of the vegetables. 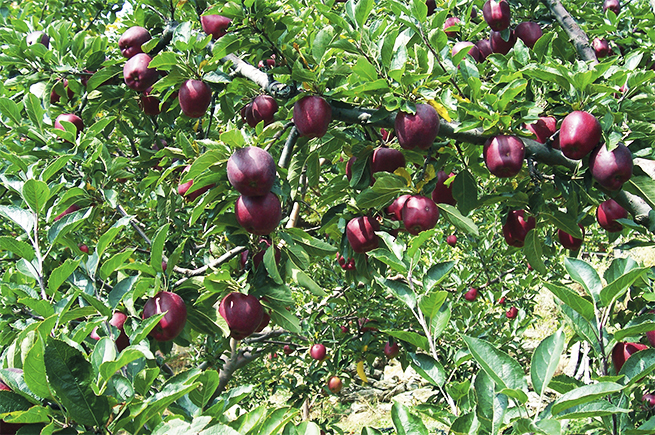 When we clean the apples from their peel they quickly get a brown color. To preserve their natural color, sprinkle them with lemon juice. If you are cooking apples, cut them into big chunks because they dissolve easily.

The apple has excellent tonic and healing properties. It is better to consume the apple with its peel, because most vitamins and precious fibers are found there, but it must be washed thoroughly, to clean it from possible residues of pesticides and pollutants. A modest apple gives about 60-80 calories.

Why should I eat an apple a day?

Apples Zagora of Pelion are the best!

In the northernmost part of Pelion, opposite of the Aegean Sea, Zagora is the largest village of the mountain of Centaurs, with a rich history and cultural heritage. During the Ottoman occupation, it enjoyed a special freedom and experienced a great prosperity period.

It became the capital of Pelion and one of the Centers of Greek Enlightenment. At that time there was a particular development in the arts, letters, commerce, navigation... Its important historical library was created in the middle of the 18th century and it is located in the central square of the village, which owes its name to the church of Agios Georgios that dominates there.

Today, Zagora is a big village with developed agricultural production. From here, large quantities of excellent apples are exported.

Why do they stand out?

Zagora Pelion apples stand out for their exceptional quality, their special sweet taste, their crisp texture, their special aroma and their lush red color. For all these reasons it is a product with Protected Designation of Origin (PDO) and it is considered one of the best in the world!

The characteristic aroma is due to the special cultivated variety, but also to the many chestnut trees mingling in the fields with the apple trees. 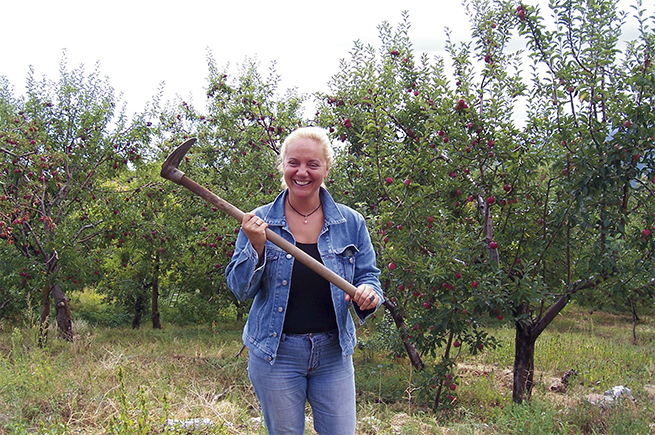 We enjoy them fresh, in salads, in the food, in sweets (such as apple pies, baked apples in the oven etc), but also as an excellent spoon sweet.

The role of the Agricultural Cooperative of Zagora, Pelion

To learn more about Zagora apples, we asked for the help of a distinguished scientist who has dealt with the issue.

So, let's see what Dr. John Rubos, Agricultural Scientist, Director of the Institute of Plant Protection in Volos, NAGREF, scientific adviser of the Agricultural Cooperative of Zagora has to say:

"The Agricultural Cooperation of Zagora has 750 members. It collects, preserves, packages, distributes and sells 93% of the apples in the region (10.000-15.000 tons per year) and is one of the major entities of the Magnesia prefecture.

For the apples produced, processed and marketed, the Agricultural Cooperation of Zagora, Pelion, has been recognized by the European Committee for Agriculture and Rural Development as a Protected Designation of Origin (PDO) and as Apples of Zagora Pelion according to the Regulation 1107/96 of the Commission.

With this certification, Zagora`s apple is now certified as an original and highly distinctive product among all the apples which are produced globally. Zagora apples, known as ZAGORIN, stand out for their exceptional quality, their special aroma and their deep red coloring.

They are produced in the microclimate of the central Pelion mountain range with environmentally friendly processes. The cooperation of Zagora is the first in Greece - since 1998 – that started the implementation of an Integrated Management System for the production of apples and which makes rational use of fertilizers and plant protection products. 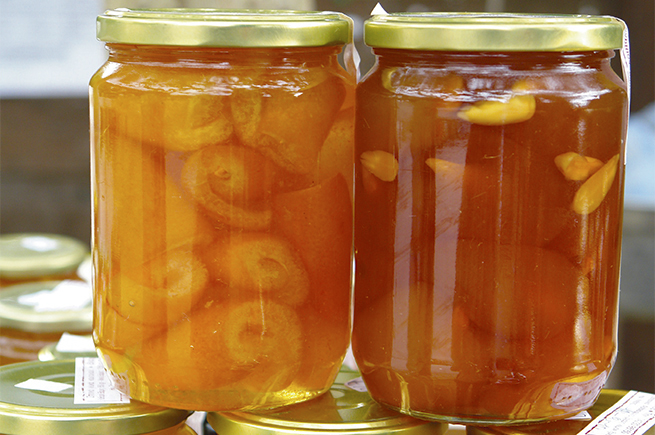 Tip: You can add to your sweet peeled and roasted whole almonds, in the center of every apple and in the syrup.